A settled nomad living on the edge of Appalachia. I love to listen to music, spend time with my family, and play sports. I'm lucky enough to write code for a living. I'm often accused of having no "filter" as I tend to overshare. I make beer on occasion and try to sample new beers whenever I can. 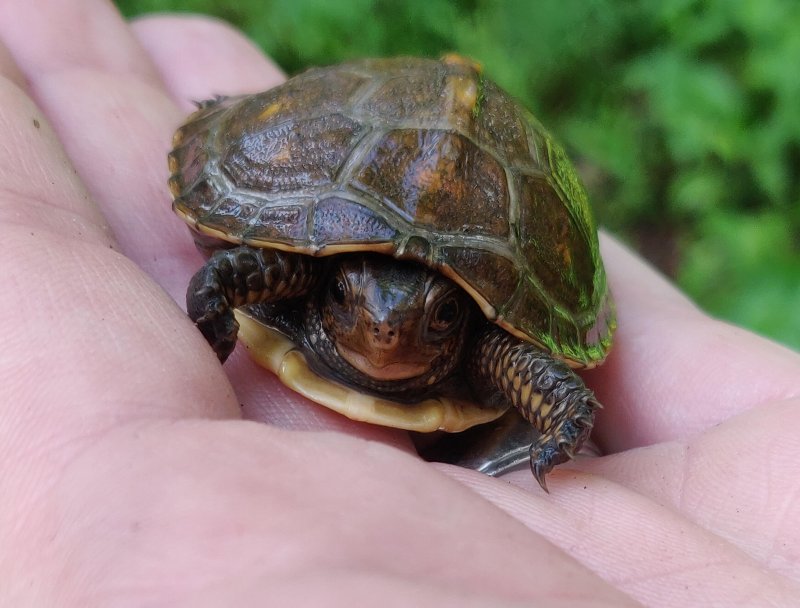 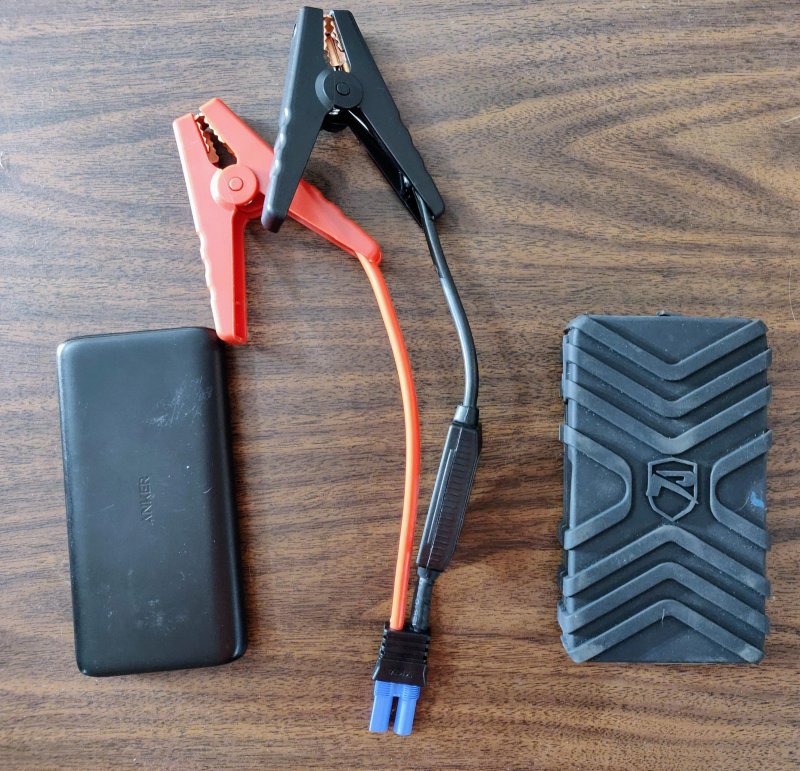 The black box on the left is a standard 10000mAh Power Bank from Anker. It's handy. But it isn't what this post is about.

The box on the right.. that thing is also a 10,000mAh power brick. It's made by Road Proof. IT's the RPFBBJO1. I don't even know if it is still made. I bought it at AutoZone last summer for my motorcycle which was having some battery issues. AutoZone was selling it at really low, clearance prices.. I think I paid $30. I had not used it to jump start anything until this morning.

With the long quarantine I'd not used my car in a while nor even really gone in the garage. My trunk had popped open that turned on the interior lights. I think I "pocket dialed" my car using my remote door opener button at some point in the past 4 days. My car battery was dead. I mean DEAD.

I grabbed my motorcycle. It was a beautiful morning and I'd not had a chance to ride yet this spring because of all the rain. I went to start it. Nope. It was dead-ish. There was a little life but clearly my "battery tender trickle charger" had not done a good job over the winter - I had replaced the battery last fall and replaced the starter. I'm blaming the charger until I find the real problem. Anyway, I digress.

I hooked it up to the bike, put the bike in neutral, and boom - it started. No problem. I took the Road Proof with me and hit the road for a couple miles; then played disc golf for about an hour, and the bike wouldn't start. The Road Proof got it going again no problem. I decided to ride around for an hour or so before heading home and tested the bike re-start and it seemed to do fine.

I remembered that the Road Proof was supposedly able to jump a car. I had serious reservations but figured; what the heck; might as well try it. I popped the hood and hooked it up. My headlights immediately turned on and the interior lights did too.. but about 5 seconds later it stopped and the little box on the charger cables started doing a light dance. I went to look it up on line and while I was looking the lights turned on again.. 5 seconds of power then the car died again and the box lights danced some more.

I hopped in the car and waited for the next 5 second surge. About 30 seconds later it happened, I pushed in the start button and my car started! No problem. Just bam. I jumped out, took off the cables, and put the car in the driveway so it could run for a bit.

I checked the remaining power in the brick - it was still at a reportedly full charge! Oh, and it has a built in flashlight.

I found it for sale on [Camping World](https://www.campingworld.com/road-proof-lithium-ion-jump-starter-10000-mah-power-pack--116540.html?g...) where there are two very poor reviews. I can only imagine neither person knew what they were doing. The instructions are not great. I got lucky with my guess. But this little box worked amazingly well. 3 jumps in one day and it's still going strong. (if that link is dead; when you read this, let me know please!)

Plus you can plug your phone or whatever into it and get some extra charge that way too! The flashlight is pretty bright. I wish I had discovered it while I was under the hood. It never hurts to have an extra flash light.

I imagine most of these things work as well as this RoadProof one but I've never used anything else like it. I can't recommend this thing enough. It is the perfect little device to take on a road trip. It might jump your car and at a minimum it will charge your phone.

Here is a well rated one [on Amazon by "Yaber" it's got 2x the power at 20,000mAh](https://amzn.to/3cEgwQA). It's got a flashlight, waterproof, and can start cars/boats/motorcyles etc. And it's a couple bucks cheaper than the Camping World link

Chronicle of the US Covid Response according to President Trump

Very excited to display my @circlesquarediamond prints but a tad disappointed that they were wrinkled in the mail. Hopefully they smooth out in framing. 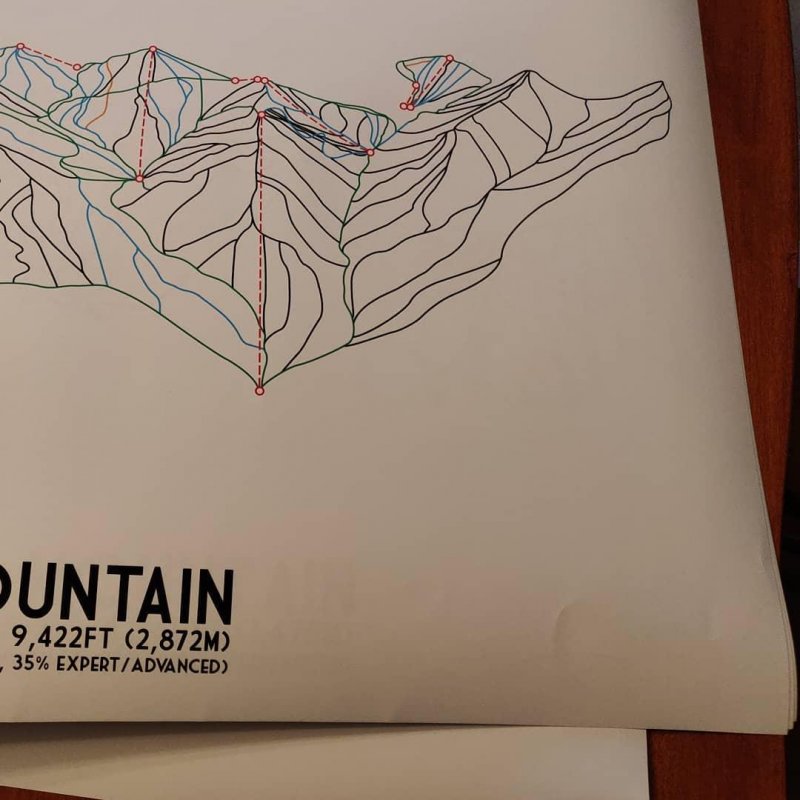 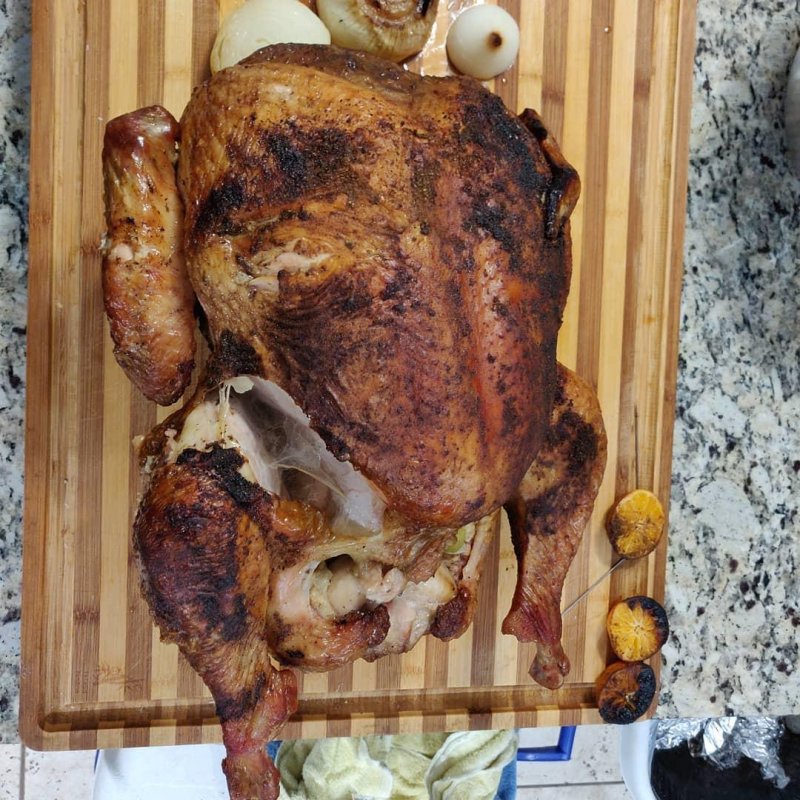 Trying to paint a mini I printed #3dprinting 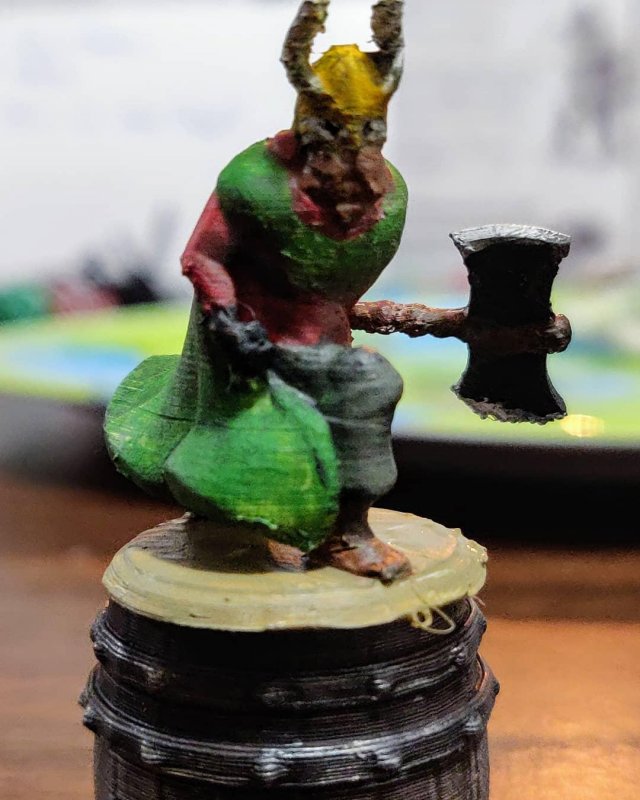 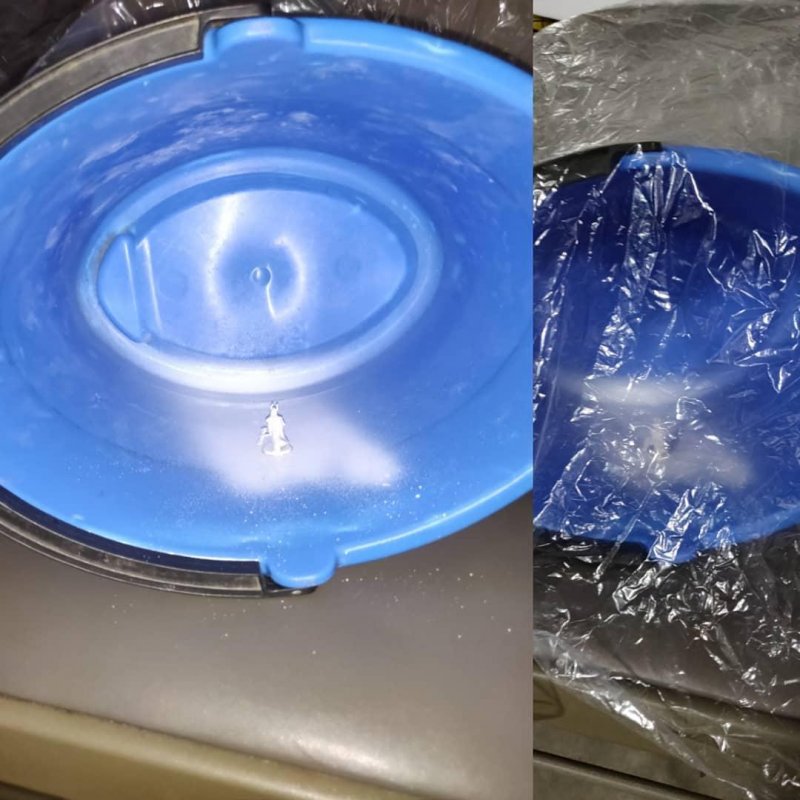 Zoomed in on Dwarven minifig #3dprinting 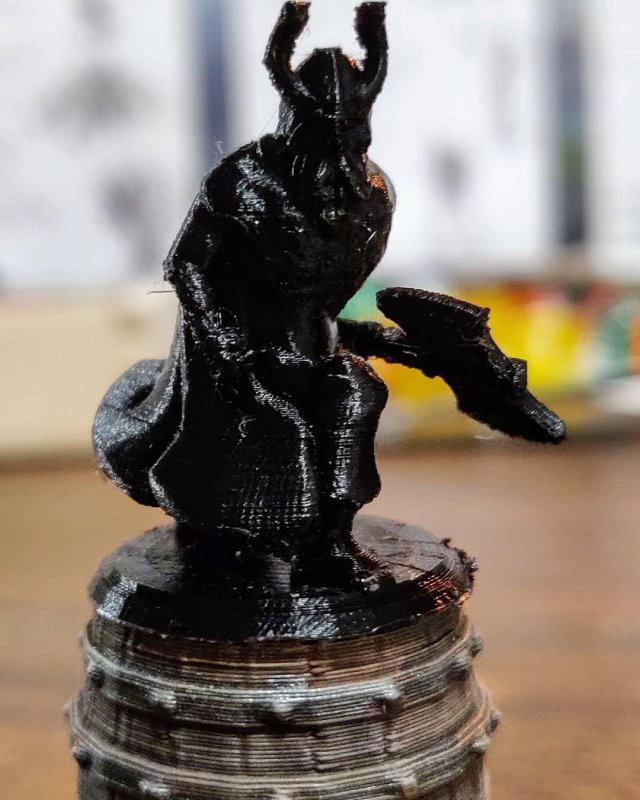 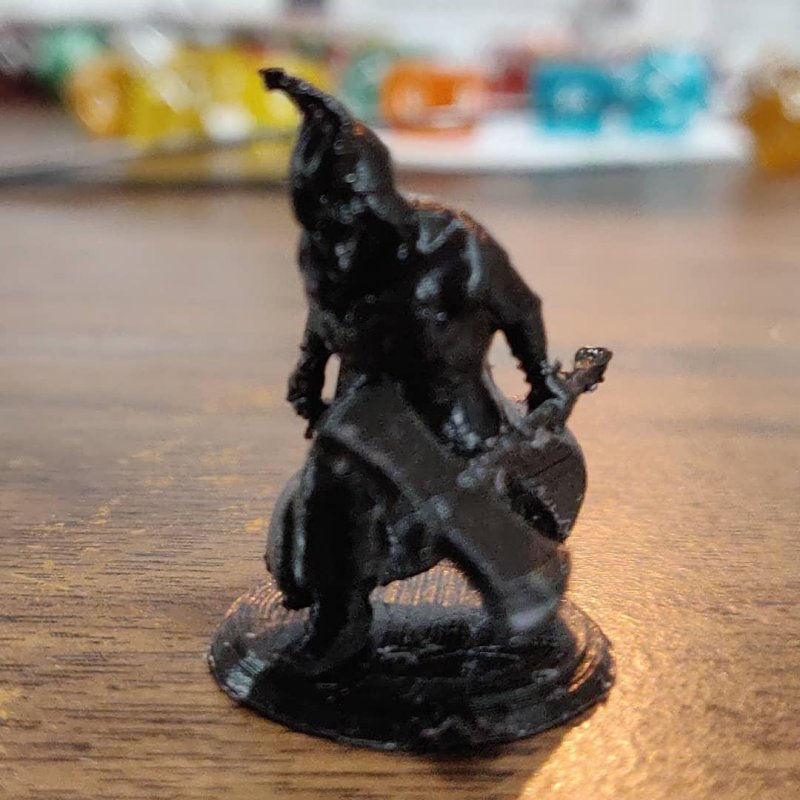 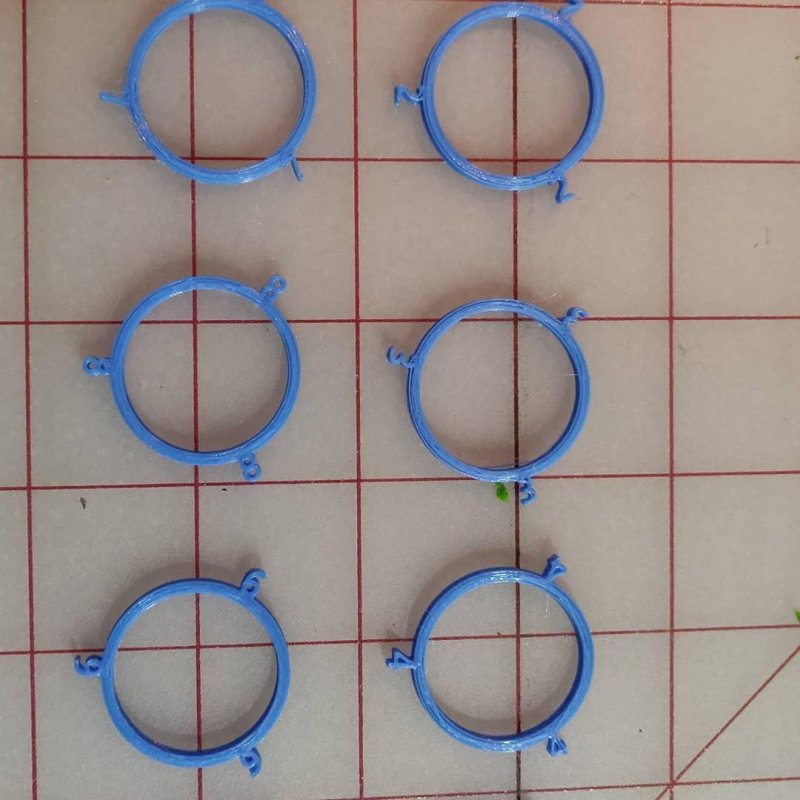